The National Comedy Center is the United States’ official cultural institution and museum dedicated to presenting the vital story of comedy and preserving its heritage for future generations, as formally designated by the U.S. Congress in 2019.... 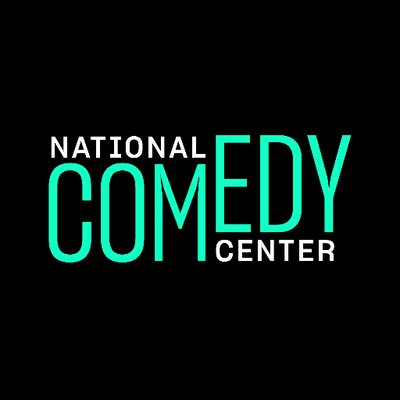 National Comedy Center
5 5 out of 5 1 Review

The National Comedy Center is the United States’ official cultural institution and museum dedicated to presenting the vital story of comedy and preserving its heritage for future generations, as formally designated by the U.S. Congress in 2019. Opened in August 2018 in Jamestown, New York, the museum complex offers an unprecedented visitor experience using state-of-the-art technology, interactivity and personalization to create the first true 21st Century museum environment. TIME named the National Comedy Center one of its “World’s Greatest Places,” — one of only “100 new and newly noteworthy destinations to experience right now” and one of only nine attractions to visit in the United States. Condé Nast Traveler called the National Comedy Center “One of the best museums in the country,” while People magazine named it one of “100 Reasons to Love America.” The National Comedy Center was also voted a “Best New Attraction” by USA Today readers and comedy industry authority The Interrobang named the design team second on its list of “Innovators Who Changed Comedy” in 2018. Visitors from all 50 states and nine countries have given the Center a rare 5/5 rating on TripAdvisor, ranking among the highest in the attraction and tourism industry. Based on the vision of Jamestown native Lucille Ball for her hometown to become a destination for comedy, the National Comedy Center showcases comedy’s great minds and unique voices in ways that engage, inspire, educate and entertain. Featuring exclusive collections, world-class exhibits and leading-edge technology, the National Comedy Center presents an unprecedented, behind-the-scenes look at the time-honed creative processes that have elevated comedy entertainment to an art form. Over 50 immersive exhibits with the 37,000-square-foot facility enable visitors to take an interactive journey through comedy history, from early vaudeville to the latest viral memes. Throughout their personalized experience, visitors gain a profound appreciation for comedy icons and innovators, as well as for the tremendous influence of humor on how we think, live and laugh.